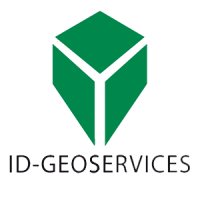 The subsidiary ID-GEOSERVICES has three permits for research and development of ornamental rock quarries: 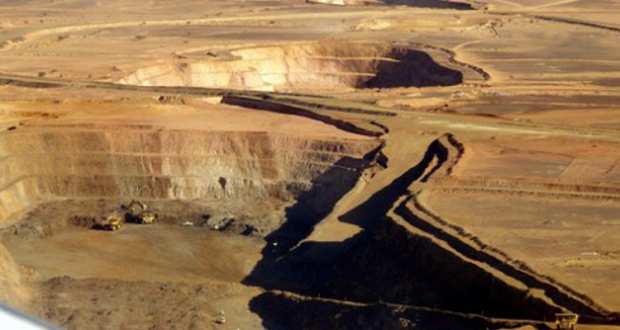 The INCHIRI region is located between the NE-SW-oriented Akchar and Amatlich dunes. It is limited to the north by the series of the Amsaga and the western border of the Adrar massifs and to the SW by the sedimentary basin of the Continental terminal.

Morphologically, the region presents itself as a flat rag dominated by a few reliefs made of hills whose height does not exceed 985 feet. The altitude decreases progressively from the north-east to the south-west of Akjoujt. The geological formations of the Akjoujt region belong to the Mauritanian natural region located north of the Aouker dune massifs. They are composed of sedimentary and volcano-sedimentary folded rocks metamorphized and carried northeast. The volcanic rocks include basalts, andesites, rhyolites, tuffs, gabbros and dolerites. Sedimentary rocks are carbonated quartzites, jaspilites, chloritoschists and ferruginous carbonates.

The AKJOUJT series units rest in abnormal contact in the east and north on the indigenous Cambro-Ordovician cover of the Adrar. This cover itself is deposited in major discord on the base of the Amsaga through a tillitic conglomerate.

In the West the AKJOUJT series is carried by the base material of the Amsaga (Lower Proterozoic) which is made of migmatitic granite, amphibolite and ferruginous quartzites.
In the South, the base is exposed in a window with granites, gneiss, amphibolites and grenatites. The ensemble underwent three phases of deformation. The first is the origin of the synchronous ENE-WSW axis isoclinal folds of zonal epi metamorphism. The second Hercynian tangential is responsible for the northeastern loading of the units. The last phase is tardi-hercynian with phase of threads associated with reverse faults.

The rocks of the INCHIRI were described by Giraudon who distinguishes: carved to porphyroblast granites of potassic feldspar automorphs, containing muscovite, biotite and garnets with schistosity. mylonitic granites with black carnations stained with white by feldspar crystals swimming in a thin paste. They contain garnets and relics of minerals from previous granites. mylonitic granites identical to the two types mentioned but not containing porphyroblasts. gneissic or berchic granites with medium grain and littered texture. diopside pyroxenites, mineral cipolins containing garnet, epidote, white or bluish, and garnet leptinites. HASSI EL AOUIDJA SECTOR
The permit area appears as a perimeter bordered to the east by the sandstones and sandstone-quartzites of Sangrafa, which constitute the most important relief but whose altitude does not exceed one hundred meters. The area covered by the permit is located in the Mauritanian range, which constitutes one of the four major geological areas of Mauritania. This chain is formed by eruptive, volcano-sedimentary and sedimentary folded and metamorphized formations.

The licensed area belongs to the El Aouidja Group consisting of basic volcanic rocks represented by metabasalts, carbonate chloritoschists and metadolerites. Their age is presumed precambrian C. Locally the outcrops of cipolins appear in a context of chloritoschists to the west of the village of El Aouidja located 25 Km from Sangrafa, in the form of a hill visible under the topography. These are often massive benches covering an area of 200 m X 700 m. Different varieties of color can be seen: white, gray, cream and veined pink.

Map of permit locations in Mauritania 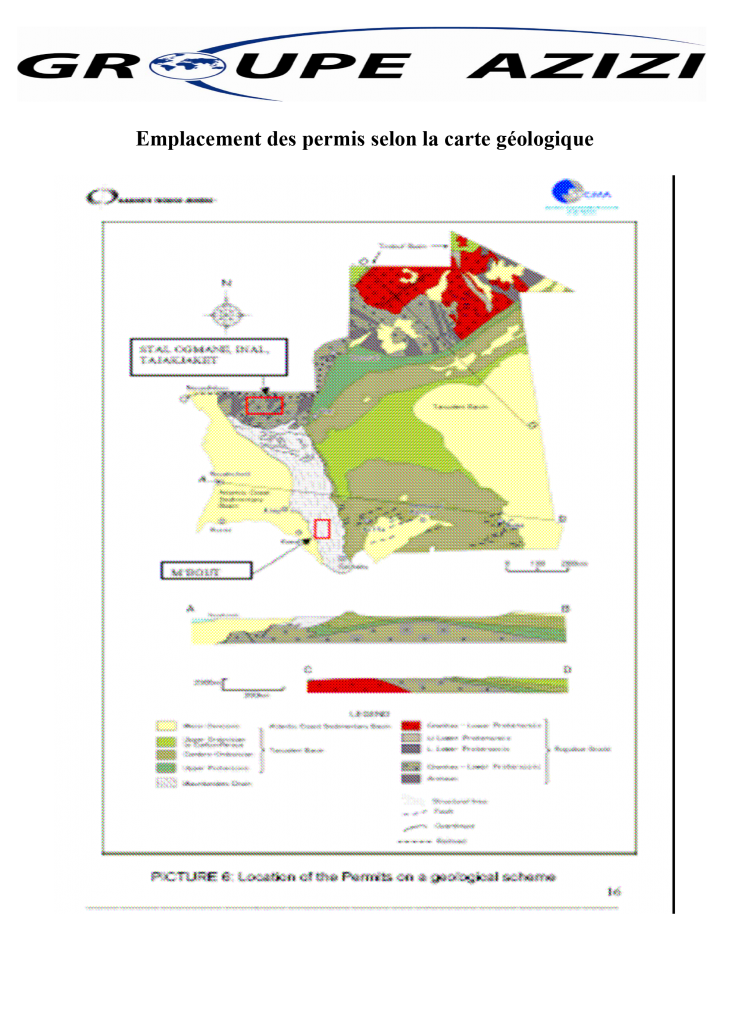 For more information do not hesitate to cintact us